The ngöndro teachings are a set of nine practices that offer complete instructions for taming, purifying, and perfecting the suffering mind. Although these practices are considered the foundation for entrance into the five-part cycle of Tibetan Bön dzogchen teachings – Bön’s highest teachings on the nature of mind – many practitioners adopt the ngöndro as their main meditation and complete the nine sets of 100,000 repetitions over the course of a lifetime. Within each is contained the entire path to liberation. They are considered to be the Foundational Practices for the entire tradition. 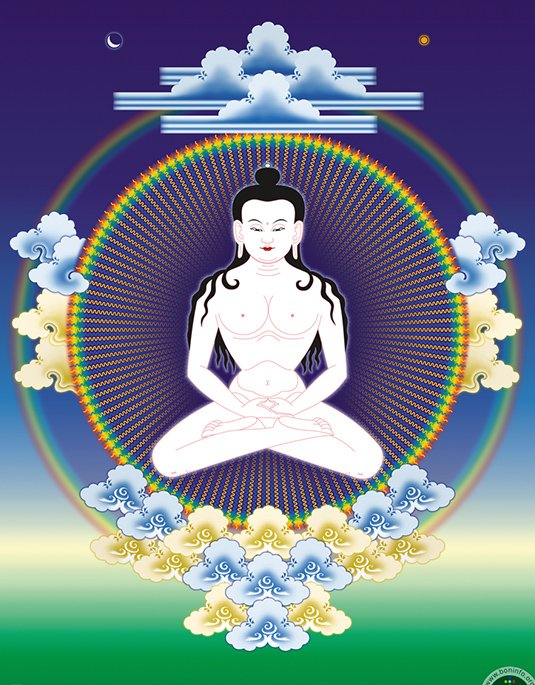 Tenzin Wangyal Rinpoche rarely teaches the ngöndro, and recommends it for dedicated practitioners who feel a strong connection to the Bön lineage. Within the ngöndro are found practices that are used within many other practices, such as the Guru Yoga Prayer, Bodhicitta Prayer, Refuge Prayer, Prostrations, and the Three Heart Mantras, so the ngöndro supports and deepens all other meditation practices.

This online course is drawn from recordings when Tenzin Rinpoche taught the ngöndro at Serenity Ridge in Virginia in 2014 over the course of a week-long retreat. We have added additional recordings to flesh out the teachings even further, including demonstrations by Geshe Tenzin Yangton on how to create a shrine, make prostrations, and perform mandala offerings, so this is a very full and comprehensive course, even more than was included in a week-long teaching retreat.

Rob Patzig will be the mentor for this course.

Cost: $495
Cancelation fee for paid courses: $25 dollars prior to or during the first week of the course. No cancellations thereafter.

Included are monthly live Zoom sessions hosted by Rob Patzig. These will be recorded and available for later viewing.

The ngöndro practices are in three groups.

1. The Three Practices for Taming Oneself:

2. The Three Practices for Purifying Oneself:

3. The Three Practices for Perfecting Oneself:

The course includes teaching videos with English subtitles on each of the topics, many guided practices, and a thorough written practice guide, available in English, Spanish, French, Italian and German. You will be able to download MP3 audio recordings of each of the guided practices. Everyone is also encouraged to study the book Opening the Door to Bön and engage in the discussion forum to share insights, gain support from peers, and resolve any questions with the course mentor, Rob Patzig . We will also have live guided group meditations via Zoom one Sunday each month, so the whole group can join together for practice.

Please enjoy the short video below in which Tenzin Wangyal Rinpoche explains the purpose and meaning of the ngöndro.

This course will begin in March, and will continue for nine months until December, much longer than our other online courses, due to the number of meditation practices, and the commitment of the practitioners to accumulate a 100,000 repetitions of many of the practices.
This cost is $495 for the full nine month course. If you need additional financial assistance, please contact us.

Cancelation fee for paid courses: $25 dollars prior to or during the first week of the course. No cancellations thereafter.

Subscribe to our bi-monthly international newsletter to learn about upcoming courses and new courses as they are released, as news from all of our centers and teachers around the world.