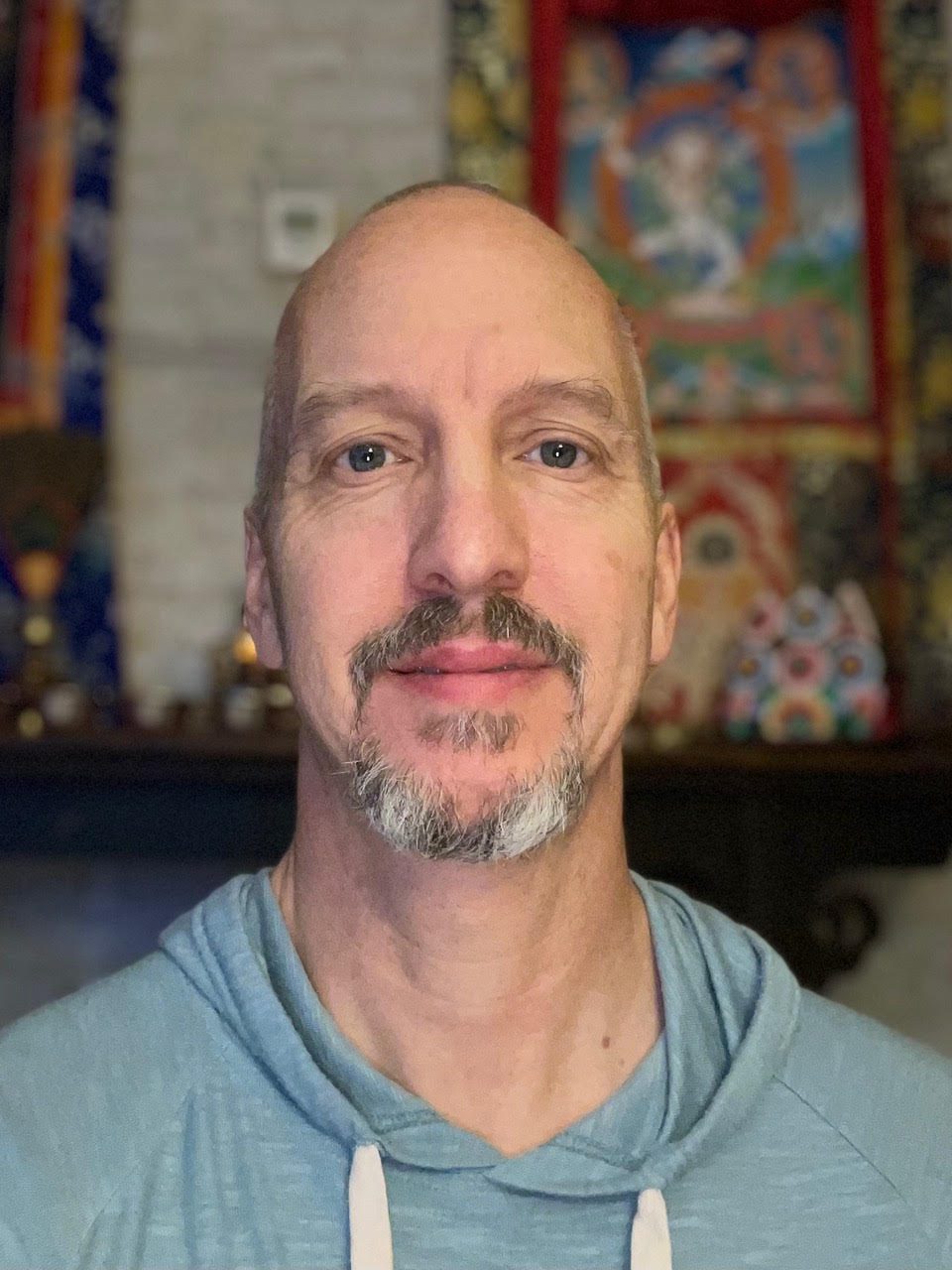 Rob Patzig has been studying and practicing yoga and meditation since 2003. In 2007 he discovered the teachings on Bön, and in 2010 met his heart teacher, Tenzin Wangyal Rinpoche. Rob joined the first Ligmincha International Board of Directors as its Chairperson in 2014, and in 2015 Rinpoche appointed him as president of Ligmincha International, a position he continues to hold.

Rob teaches tsa lung and trul khor, movement-based practices from the Bön tradition, within Ligmincha, and he is a mentor for the Ngöndro course. He has received the full teachings of the Experiential Transmission of Zhang Zhung from Tenzin Wangyal Rinpoche twice, completed his Ngöndro in 2018, and undertook the traditional forty-nine day dark retreat in the summer of 2021. Rob’s Tsa lung and trul knor practice are informed by many years of study with Tenzin Wangyal Rinpoche and Alejandro Chaoul. He has also studied these practices with Nyima Dakpa Rinpoche, Chaphur Rinpoche, Geshe Yangton, Lama Kalsang and Lama Yungdrung.  Rob also teaches yoga, pranayama and meditation outside of Ligmincha. He lives in Charlottesville, Virginia with his wife Eileen and two dogs.