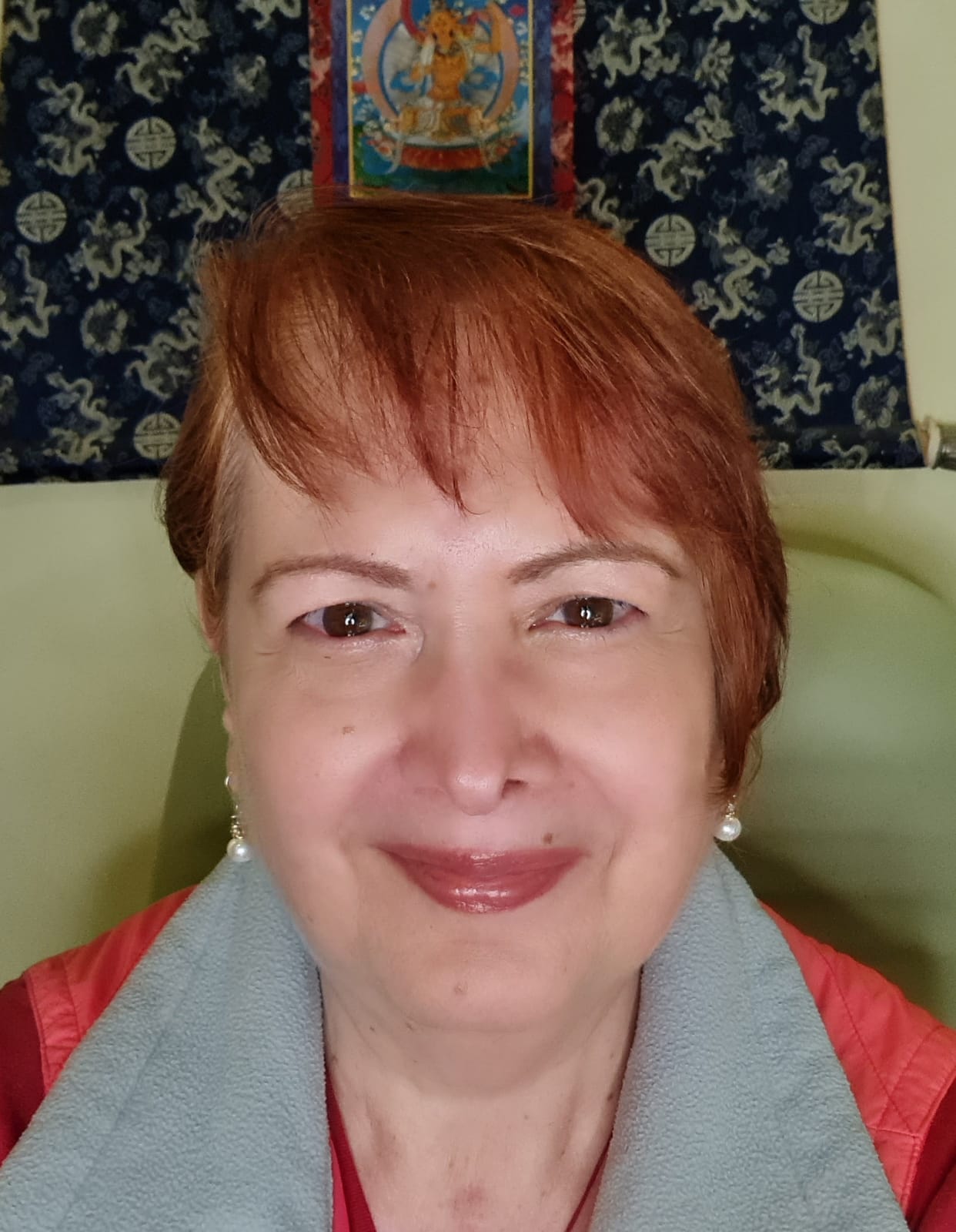 Lourdes Hinojosa has practiced Bōn Buddhism since 1999, when she met her root lama, Geshe Tenzin Wangyal Rinpoche, at Chamma Ling Valle de Bravo, Mexico. She graduated as a teacher of English as a second language from ITESM University, 1981. Since 1997 she has served as a reiki master — teacher and psychic astrologer — in private practice in Monterrey, Mexico. Lourdes graduated from The 3 Doors Academy and is a 3 Doors Authorized Presenter, as well as a practice guide (umdze), instructor, and board member for Ligmincha Mexico. She has joyfully translated Rinpoche’s teachings into Spanish since 2002; and as a member of the core CyberSangha team, coordinates volunteer translators for CyberSangha and Ligmincha International.