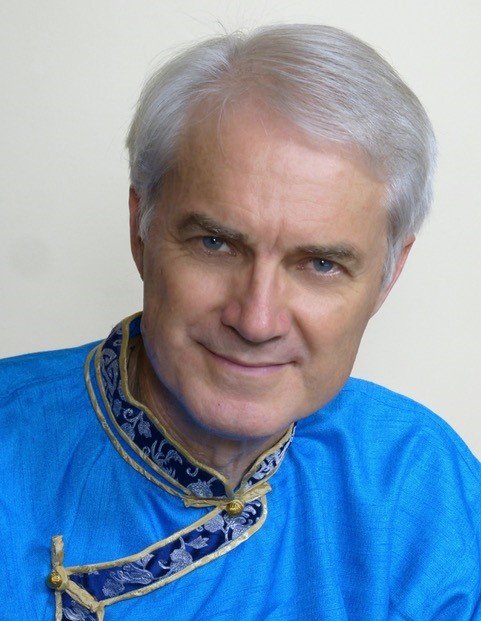 John was a professor at the University of Virginia for 23 years and regularly taught medical student classes and faculty development workshops. His interests include effective teaching methods, curriculum design, and online learning. He received the Dean’s Teaching Award, was a member of the Academy of Distinguished Educators, and regularly presented the results of his team’s educational research in professional journals and at conferences throughout the United States and Europe.

John has been practicing a variety of methods of meditation for over 40 years, from pranayama to Tibetan dzogchen. During his studies and explorations he has traveled on pilgrimages around the world, spent lengthy periods of time in retreat in Triten Norbutse and Menri monasteries in Nepal and India, and has made pilgrimage to the most sacred mountain of Tibet, Mt. Kailash. Over the past 25 years John has developed close relationships with and received private instruction from His Holiness Lungtog Tenpai Nyima and His Eminence Yongdzin Tenzin Namdak Rinpoche, the two most senior teachers of the Bön lineage, and Tenzin Wangyal Rinpoche, the most senior Bön master in the West. He has been teaching meditation courses at Ligmincha Institute and related centers across the United States, Europe and South America since 2001, including Tibetan Dream Yoga, the Nine Ways of Bön, Integrating Meditation with Daily Life, Healing the Earth – Healing Yourself, Tsa Lung, Tibetan Sound Healing, Awakening the Luminous Mind, Connecting with the Source of Creativity, and Red Garuda. He was co-leader for the 3 Doors Academy of Europe, an intensive three year program for gaining deep experience in the Tibetan practices of body, speech and mind. John is also a certified life coach, and creates and mentors courses on LigminchaLearning.com.

John helped establish Ligmincha Institute beginning in 1992, organizing most retreats, editing practice materials, and serving on its board of directors until 1997. At the request of Tenzin Wangyal Rinpoche in 2001, he helped establish the Chamma Ling Retreat Center of Colorado, a place of solitary retreat in the remote Sangre de Christo mountains of Colorado, and served as director of the center for 17 years. John was also involved in the planning and initial setup of Lishu Institute, near Dheradun, India.

John lives near Charlottesville, Virginia, where he enjoys gardening, being a father, and spending time in solitude in the mountains.